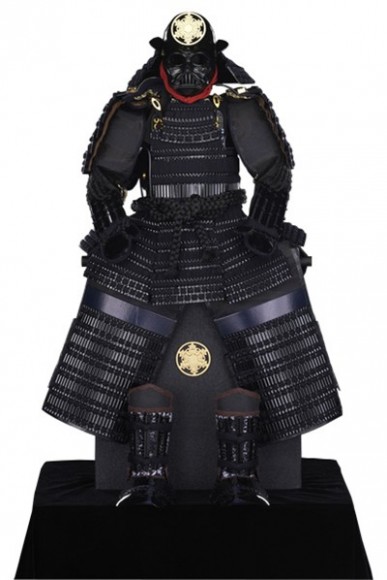 An example of a high-quality, handcrafted samurai armor

Over time the samurai became experts in fighting from horseback as well as on the ground, and they practiced both armed and unarmed combat. Early samurai mostly fought on horseback with the bow and arrow, with swords being used far less than is often believed. It wasn’t until the 13th century they began using their swords more and more during their battles with the mongols. They also used spears and naginata, and slowly transitioned to fighting more often on foot.

Samurai armor was designed to repel common slashing attacks in close combat, and provide their wearers with speed and agility. The first armors included a helmet that protected the head and neck, a breastplate, protectors for arms and shoulders and a belly wrap. Over time the armors evolved out of necessity, and protection for the legs and thighs was introduced as well.

Yoroi and Kabuto are two major types of old Japanese armors which were worn during battles. They developed from more simple ones made of leather, to more durable ones made of metal plates, usually with added leather as well. The majority of the armor was however made of bamboo. 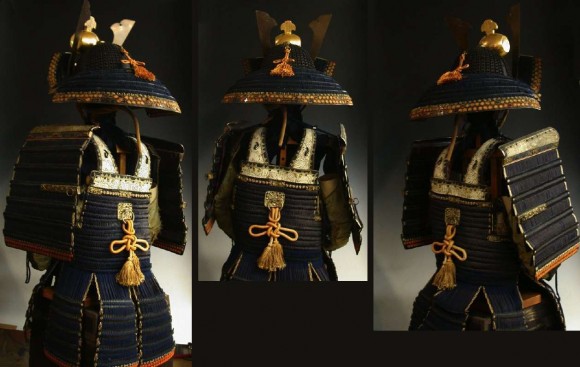 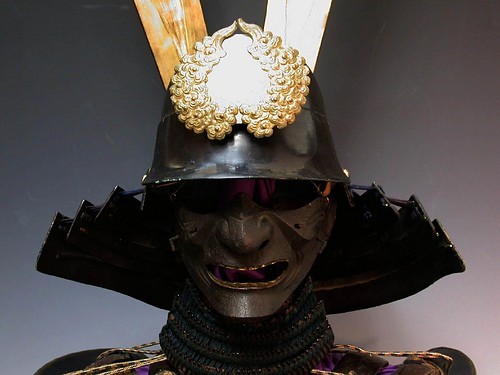 Do-maru or haramaki is a yoroi for lower class samurai warriors, while higher class samurai wore o-yoroi. O-yoroi was desiged for easier riding and arrow shooting. On the head, hoshi-kabuto which was made of metal plates were worn together. It was called hoshi-kabuto, because of the nails that held the metal plates. The nail heads seen on the surface of the plates were called hoshi. Kabuto was worn to display one’s achievements, and many different types of kabutos were made during the Sengoku period. 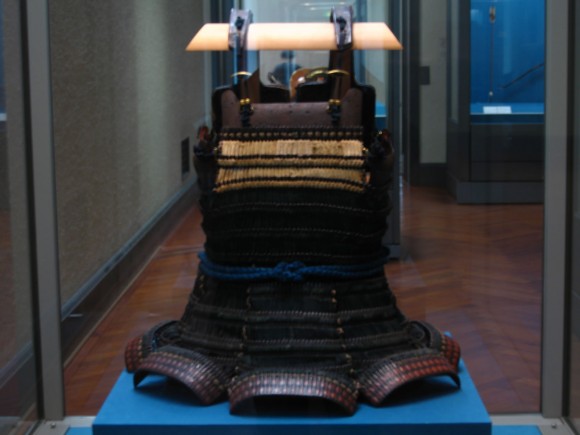 During Kofun period, tan-kou, a short yoroi that protected the upper body, was used. Kake-Kou, which came from Korea, covers the whole body. O-yoroi and hoshi-kabuto were worn by higher class warriors during Heian and Kamakura periods.

In Azuchi-monoyama period, gusoku or foot protector made of metal plates appearred due to spread of guns. Hinges were used to connect the sides of yorois, and kusazuri changed into having 7 to 8 flaps to make walking easier. These armors were common until around the beginning of EDO period. 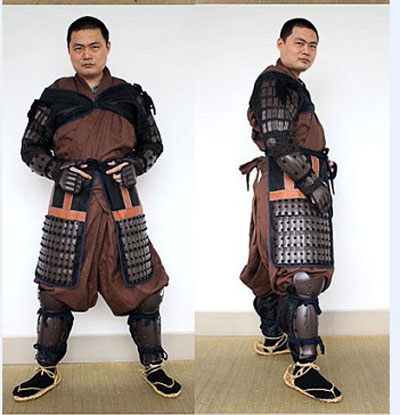 Before the Edo period, bow and spear were used in combat more than swords, so the samurai armor was required to provide more flexibility in combat rather than protection. 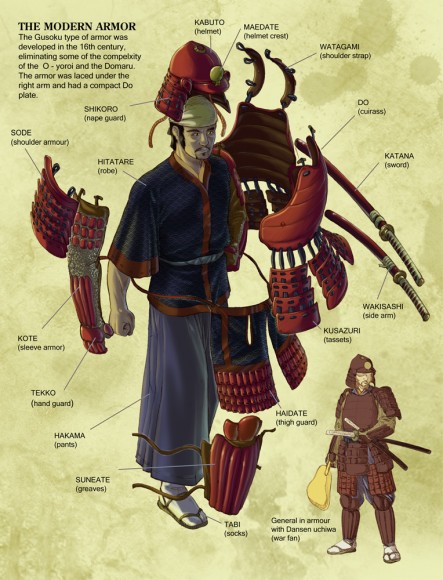 Samurai Gusoku Armor: developed in the 16th century, this modern armor eliminated some of the complexitiy of the O-yoroi and the Domaru.

Displayed in the picture above, the modern tosei dou (dō) gusoku armor were made from iron plates, rather than individual scales. Tosei-gusoku appeared in the 16th century due to the appearance of firearms, requiring a change of combat tactics and additional protection.

As for clothes, the samurai wore Hitatare (robe), hakama (pants), tabi (socks), and fundoshi (undergarments). Of course along with the armor, the katana and wakizashi were always worn as well.

You should know that if you plan on purchasing a samurai armor it’s unlikely you’ll find one for less than $2,000. You can find some children’s costumes for less than $50, but any authentic or even authentic-looking armor replica will cost way more. Personally I’d love nothing more than wearing one of these beautiful armors, but they are way above my budget. Just in case they aren’t outside your budget, check out some below.